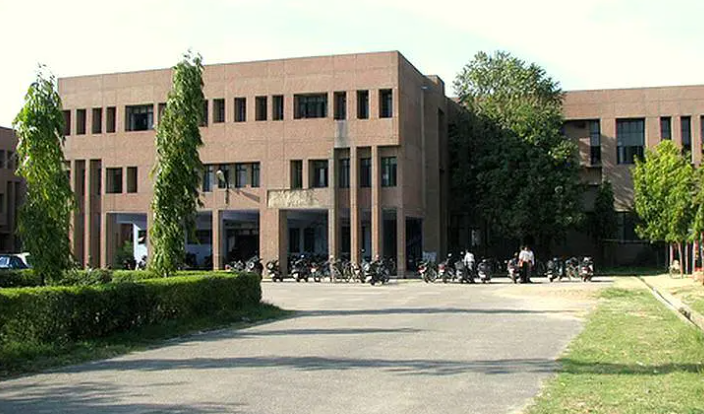 List of Engineering Colleges In Lucknow Uttar Pradesh: Lucknow is the capital of Uttar Pradesh, India. A well-known city for administrative. It is also called “Nawabo Ka Shaher”. There are some nicknames too like The City of Nawabs, The Golden City of India. Constantinople of the East and Shiraz-z-Hind. Lucknow is the largest city in Uttar Pradesh and the 12th most populous urban agglomeration of India.

Lucknow city is famous for its multicultural. Every year, lakhs of tourist came here to visit this amazing city. There are some beautiful places like Bada Imambara, Charbagh Railway Station, Rumi Darwaja, and Ambedkar Memorial Park people can visit.

As it is the capital of Uttar Pradesh so it is obvious that the headquarters of different departments. It has an important center of governance, Administration, education, commerce, aerospace, finance, pharmaceuticals, technology, design, culture, tourism, music, and Poetry.

National Institutional Ranking Framework is also known as NIRF  is a methodology adopted by the Indian government to rank top Education institutions in India. NIRF ranks an Institute based on 5 different parameters. It is under the Ministry of Education. Every year NIRF publishes ranking lists of top Institutions in India for 8 different domains. NIRF is the most trustworthy and popular Ranking agency in India.

Tabulated below is the list of top Engineering colleges in Lucknow based on the NIRF ranking 2022.

As mentioned above NIRF ranks a college based on 5 major parameters which carry different weightage to get a ranking. The following chart shows the weightage allocated to different parameters considered by NIRF for the ranking of top colleges in India.

The Week, one of the most widespread and famous newspapers in India, also conducts surveys every year to rank the best Education institutions in India. Since 2008 Hansa Research and The Week have conducted surveys each year to rank colleges of different domains. The Week ranks the colleges based on their Education quality, facilities, infrastructure, faculties, placements, and other important factors.

The following chart shows these parameters and their Weightage:

The Return on Investment is calculated to find out the profitability of a particular college. Following is the list of top Engineering colleges in Lucknow along with their ROI. ROI is calculated by dividing the placement package with the fees which the institute charges for the course.

The Institute of Engineering and Technology (IET), Lucknow ranks as the best engineering college in Lucknow ROI wise.

Placements offered by the top engineering colleges in India also depend upon the specialization you choose. Most of the time, CSE graduates fetch the highest placement packages among students of all the other streams. Click on the links below to check these colleges specialization wise.

Some of the top Engineering Colleges in Lucknow for Computer Science are:

Mechanical Engineering is one of the oldest engineering disciplines and is also very popular among students. It deals with understanding and knowledge of operating machines. The scope of mechanical engineering is pretty large in India as machines are needed to run our day to day lives.

Some of the top Engineering Colleges in Lucknow specialized in the field of Mechanical Engineering are: