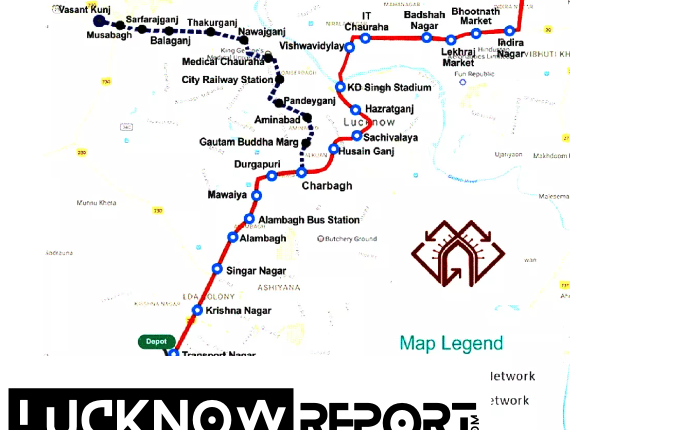 The Lucknow Metro Transport is a rapid transit system that serves the city of Lucknow in the state of Uttar Pradesh, India.

Lucknow Metro Route Map consists of two lines in the Lucknow metro system. Redline is the first line that started its operation and the Blue line is the second but it is under construction as of now.

This phase designed by DMRC & UPMRCL includes 3 corridors and involves the construction of 1 new lines and 2 line extensions. Note: final plan can be expected to change by the time construction begins.

This phase designed by DMRC & UPMRCL includes the construction of 1 new line (Line-4) with 3 sections. Note: final plan can be expected to change by the time construction begins.

How can I buy metro ticket in Lucknow?

One can purchase cards/tokens from the counter at metro stations only, Facility for online recharge of smart card is available through LMRC website.
…

• Single journey fares on the Lucknow Metro rail route are dependent on the number of stations traveled. Paper tickets are issued with QR codes.