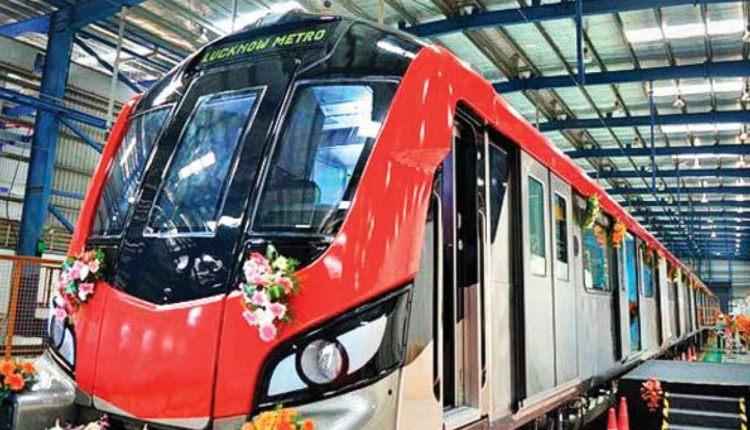 Lucknow Metro is a modern rapid transit system serving the city of Lucknow in Uttar Pradesh. Most of the system runs on elevated viaducts, while a small portion is underground. The trains, comprising 4 coaches, travel at a top speed of 90 km/h with a headway of 5 minutes. Standard gauge (1435 mm) tracks are used on the system, whereas 25 kilovolts of alternating current is supplied through overhead catenary. Currently, the system is used by just over 11,000 people on a daily basis.

he construction of the Lucknow metro line started on 27 September 2014 with a stretch of 8.5 km from Transport Nagar to Charbagh railway station,

which started operations for the public on 5 September 2017, with which it is the fastest built metro in India country The railway system was formed.

The Lucknow Metro is operational daily from 6.00 am to 10.00 pm. Due to Covid-19 metro trains are restricted to run only till 9.00 pm between Munshi Pulia and Chaudhary Charan Singh International Airport. On normal days the last metro train ply at 10.30 pm.

The Lucknow Metro runs in two routes of the train with a red line and a second blue line depending on it.

The Red Line was the first metro line to open and connect Charan Singh International Airport of Chaudhary to the south with Charbagh in central Lucknow. There are lines covering a distance of 22.87 km but it is being extended to Munshi Pulia.

Blue Line is a proposed metro route of the mass rapid transit system in Lucknow. It consists of 12 metro stations from Lucknow Charbagh railway station to Vasant Kunj with a total distance of 11.098 km.

Top things to do & see in lucknow: The City of Nawabs