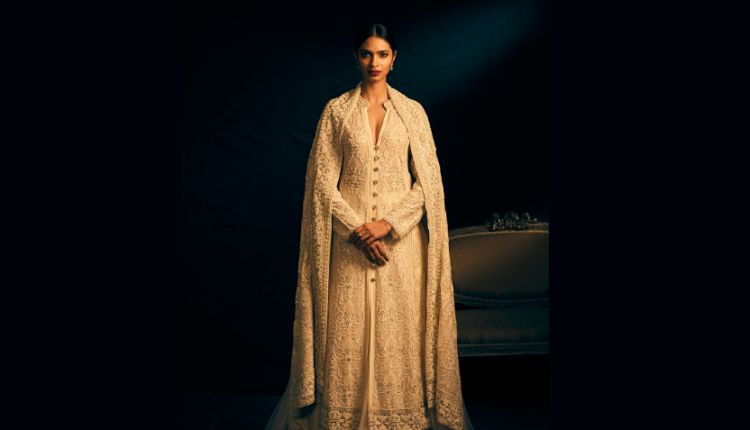 The craft of Chikan work often referred to as Lucknow Chikan, is over 400 years old with a firm presence in the Indian and global fashion arena. The technique of its creation is called Chikankari and its unique sensibility flaunts grace and elegance as subtly as the wearer pleases.

The word ‘Chikankari’ is derived from the Persian word ‘Chakeen’. Lucknow is also known as the hub of chikan work.

Chikankari is a very delicate and intricate shadow work type of embroidery from Uttar Pradesh, India. It is mainly practiced in Lucknow and adjoining areas. Initially, the embroidery was done using white yarn, on colorless Muslims known as colorless, today, Georgette, chiffon, cotton, and other fine fabrics are also being used. From being an embellishment used primarily for decorating clothes, Chikankari embroidery has now spread to home decor items like cushion covers, pillow slips, table linen, and so on.

This fine embroidery is popularly known as ‘white embroidery’ as it was primarily done with white cotton threads on sheer muslin cloths to give a very subtle but rich texture to a plain-woven fabric.

There are hardly any garments with Lucknow Chikan work that don’t use floral patterns or motifs. Due to the strong influence of Persian aesthetics on this craft, flowers have been a staple in Chikankari designs. The types of flowers (including their stems, Buti, leaves, and Paisley motifs), as well as their stylizations, have varied throughout time to keep up with fashion trends, but in general, have remained fairly intricate and delicate.

Lucknow Chikan embroidery has ebbed and flowed since its initial formal establishment. Its golden years in the period of Mughals and Nawabs were followed by a major downfall in later years during the British Rule.

Only during the Industrial Era did Chikan begin to re-emerge with the same popularity it had before. It took no time in being commercialized. The Bollywood Film fraternity, as well as smaller design enterprises, played a big part in nationally restoring the respect and appreciation Chikan’s work always deserved.

Thus, undoubtedly, the sheer variety of Lucknow Chikan’s work today is more bountiful than ever before. It is greatly in demand by the general urban masses, upper classes and, celebrities in Bollywood and Hollywood alike.

A regular kurta or a pair of palazzo pants can cost you anything between Rs.1200 and Rs.5000. Beware of cheaper versions ranging between Rs.200 and Rs.500, as they are mostly made using machines, and don’t have the precision and neatness of hand embroidery.

UNIQUE COSTUMES OF THE NAWABI ERA

Whether you are a fashion buff or not exploring various dressing styles is always amazing. And understanding fashion becomes even more fascinating when viewed through the lens of history. When we explore the history of people, their fashion sense unveils itself. Every empire or era has its own taste of fashion which is unique in its own way. Historically, Awadh holds a significant position with respect to various art forms, including the fashion fabric of Lucknow.

Although Nawabi era is widely famous for its culture, cuisine and monuments, the fashion style of Awadh is equally wonderful. So, here are favourite picks from among designs & costumes the Nawabs or Mughals gifted to us:

Kali kurta : It is open from the front and has a round neck. The kalis or gored panels give a fuller look to the garment. A triangular gusset is swen under the arm and two suspended pockets are inserted in the side-seams.

Choga : the long-sleeved choga used as an outer garment is made of soft black pashmina, obtained from the fleece of the underbelly of the rare Tibetan wild mountain goat. It is open from the front but fastened at the waist level. Borders are woven in jamawar.

Angarakha : made of kinkhwab brocade, Angarakha is one elegant piece of Awadhi costume. It refers to a traditional men garment worn by men. It overlaps and hugs the upper body and it tied to the either of the shoulders.  It used to be a courtly outfit.

Peshwaz : it is believed to be introduced to India under the reign of Babur, the first Mughal Emperor. However, the first written reference to this garment can be found in the Ain-i-Akbari – a documented recording of the life of Emperor Akbar. It is opulent Mughal clothing designed for women. It is in the form of a tunic and comprised a fitted skirt and bodice. It was worn similar to a robe – tied at the waist. As it was designed in a way that opened in the front, women were needed to wear cholis (traditional blouse) under it.

Farshi Pajama : It is a type of lower prevalent in the late 17th & early 20th centuries. It was worn by royal women, especially in the courts of Awadh.  Farshi Pajama is a flared parted skirt held by drawstrings. It was usually the dress of the royalty or ladies from privileged classes of Uttar Pradesh. (formerly United Provinces of Agra and Oudh in North India).

Farshi derives from the word ‘farsh’ meaning floor as this pajama is of floor length. It is straight till the ankles and from there starts the flare reaching up to the floor. Farshi pajama was actually a break down on the flowing gowns of the British. The complete outfit comprises – farshi pajama, kurta/long short and a dupatta (long stole). Today, it is also called Farshi Gharara due to its similarity in appearance with the gharara. It is intricately & copiously embroidered.