The Uttar Pradesh Recovery of Damages to Public and Private Property Ordinance,2020 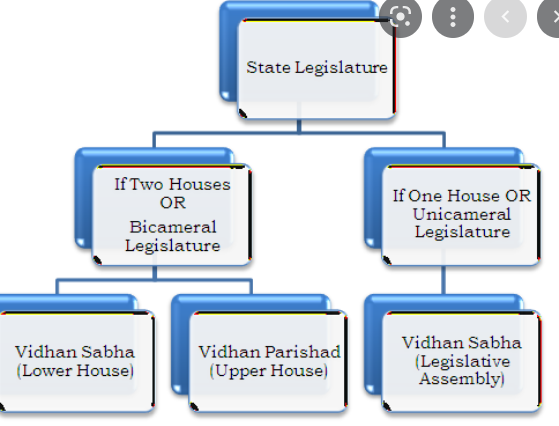 The Uttar Pradesh Recovery of Damages to Public and Private Property Ordinance, 2020

In 2007, the Supreme Court took note of various instances where there was large scale destruction of public and private properties in the name of agitations, bandhs and hartals.   The Court appointed two Committees (headed by Justice KT Thomas and Senior Advocate Fali Nariman) to suggest guidelines to be followed in such cases.  In 2009, the Court issued guidelines based on these recommendations.   It recommended that:

(i) High Courts may set up a machinery to investigate the damage caused and award compensation wherever mass destruction of property takes place due to protests,

(ii) the rioters be made strictly liable to pay compensation for any damage caused to property once the nexus between the accused person and the incident is established, and

(iii) a claims commission headed by a retired judge may be appointed to estimate the damage and investigate liability.

In March 2020, following the Supreme Court’s guidelines, the district authorities of Lucknow put up banners displaying the names, photographs and addresses of certain people who were accused of damaging property during protests in the city.  The poster sought compensation from the accused persons and threatened confiscation of their properties if they failed to pay compensation. The Allahabad High Court held that the publication of personal details of people violated Article 21 (right to life) of the Constitution.2  The Court noted that the publication of personal details of the accused persons merely to deter them from participating in illegal activities constituted an unwarranted interference in the privacy of the persons.  Thereafter, the U.P. Recovery of Damage to Public and Private Property Ordinance, 2020 was promulgated to create a mechanism for recovery of damages during any protest or riots.  A petition has been filed before the Allahabad High Court challenging the constitutionality of the Ordinance.

Key features of the Ordinance include:

We discuss below some key issues in the Ordinance.

The Ordinance states that the Claims Tribunals will be headed by a former District Judge (as Chairman) and an officer of the rank of Additional Commissioner (as member).  The state government will decide the number of members of the tribunal.  If the tribunal is composed of members who are part of the executive, the principle of separation of powers may be violated.  Further, there may be conflict of interest if government officials decide cases filed by the government for damage to public property.

The Supreme Court has noted that when jurisdiction is shifted from courts to tribunals and the subject matter does not involve any technical aspects, tribunals should normally have only judicial members, to secure the independence of the judiciary. It is not clear whether technical expertise is required to decide the question of liability of parties in a case involving damage to property and in deciding the compensation amount.  Note that the tribunal can appoint a claims commissioner and assessor to help it in assessing the extent of the damage.

Further, note that for cases filed under the Ordinance, the government is likely to be the primary litigant for damages caused to any public property.  Therefore, there may be a conflict of interest if a member of the executive also acts as an adjudicator of the case filed by the government.  In other laws such as the Motor Vehicles Act, 1988, the members of claims tribunals which decide compensation claims in respect of motor vehicle accidents, must be sitting or former High court Judges, District Judges, or be qualified to be either.

The Ordinance empowers the claims tribunals to issue notice, hear the parties and pass orders for payment of compensation for any damage caused to public or private property.  After issuing notice for appearance, if the person against whom the case is filed (i.e. the defendant), does not appear before the tribunal, it can proceed to hear the matter in his absence and order the attachment of his properties, along with publication of his personal details.  Similar orders for attachment can also be passed when the final order for compensation is passed.  These provisions raise some issues discussed below.

The Ordinance states that if it is silent on any subject of proceeding before the tribunal, the Code of Civil Procedure, 1908 (CPC) will apply.  The Ordinance contains provisions on the subject of service of notice but does not clarify what happens if there is a failure to serve notice to the defendant or if he is unable to appear in court for special reasons.  The CPC contains certain safeguards to adequately ensure the defendant’s right to be heard.Under CPC, a case may be heard in the absence of the defendant only if it is proved that summons was served to him to appear before the court and the defendant failed to do so.  Otherwise, a second summons will be issued to him.  If he still does not appear, the case may be heard in his absence.  If the defendant appears thereafter in the case and gives good reason to justify his absence, the court may still give him an opportunity to defend himself.  The question is whether the detailed safeguards related to service of notice and inability to appear in certain cases in the CPC will also apply to the Ordinance.

Note that this differs from the procedure under CPC, 1908 and the Code on Criminal Procedure, 1973, which only allow for attachment of property if the other party refuses to comply with the court’s orders.  Under the CPC, 1908, the property of a defendant can only be attached if he does not comply with the court’s order against him and the other party files a petition against the defendant in court to enforce the order.6  The CrPC, 1973, allows for attachment and confiscation of properties of persons who evade a warrant issued against them.  Under the CrPC, 1973, the attached properties may be returned if the absconder appears within two years.

In contrast, under the Ordinance, the property of the defendant will be attached at the same time as ordering the payment of compensation.  That is, this provision does not give the defendant an opportunity to comply with the order and pay the amount, before issuing an order for attachment of his property.  Further, the Ordinance does not clarify as to what will happen with the property once it is attached.

Whenever orders for attachment of property are passed under the Ordinance (either before or after the tribunal’s judgement), the Ordinance also requires the tribunal to issue directions to authorities to publish the name, address and photograph of the defendant along with a warning to the public to not purchase the property.

The publication of the photograph of the defendant may violate their right to privacy.  The Supreme Court has interpreted Article 21 to include the right to privacy as a fundamental right.[8]  The right may only be infringed if: (i) there is a law, (ii) the law aims to achieve a public purpose, and (iii) the public purpose is proportionate to the infringement of privacy.  The aim of publishing details about the property to be attached is to ensure that the defendant does not transfer it to a third party.  Since the mandatory publication of the defendant’s photograph may not serve the purpose of attachment, it may not meet the requirement of proportionality and may violate the defendant’s right to privacy.  Courts have noted that the only instance where the publication of a person’s photograph is allowed is to assist the police in the arrest of a fugitive.2  That said, in a recent judgement, a division bench of the Madras High Court permitted photographs of wilful defaulters to a bank to be published.

No right to appeal provided in the Ordinance

The Ordinance states that all orders passed by the tribunals will be final and cannot be appealed before any court.  Therefore, there is no provision for judicial appeal under the Ordinance.  It may be argued that the only remedy available to a person aggrieved by an order of the tribunal would be to file a writ before the High Courts under Article 226 or the Supreme Court under Article 32 of the Constitution or to file a special appeal under Article 136 of the Constitution.  However, it may be noted that these remedies are discretionary, and the court may choose not to interfere in these cases.

Note that appeals are a creation of statute. This implies that a statute may provide for whether an appeal can be filed, and how the right may be exercised.  Typically, laws provide a right to appeal and sometimes subject it to certain restrictions.   For example, tribunals set up under the Motor Vehicles Act, 1988, prohibit appeals in any matter where the claim amount is less than one lakh rupees.5  Certain other laws impose conditions to filing appeals.  For example, a 1993 Act governing debt recovery proceedings, requires a debtor to deposit 50% of the order amount with the appellate tribunal before an appeal by the debtor can be entertained. The Ordinance places a blanket restriction on the right to appeal against the tribunal’s order.  This may restrict the ability of the parties to seek easy redressal before a higher court as a matter of right.

Damage to property owned by individuals not included in the Ordinance