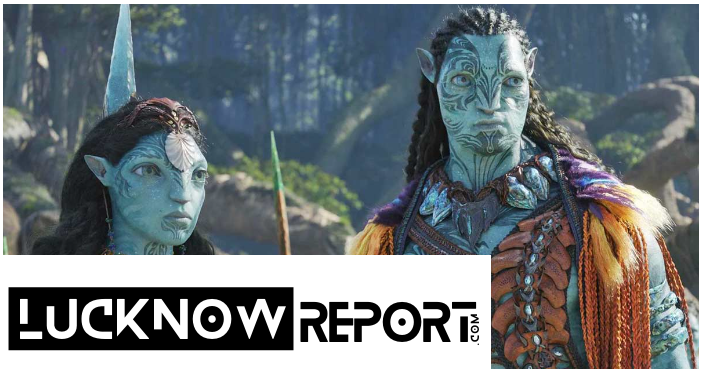 Avatar: The Way Of Water Review: An epic action-adventure film that rides on the most stunning visual effects – the ‘magic’ on the screen looks ‘real’ for the most part.

For those who need a quick refresh, James Cameron’s 2009 ‘Avatar’ introduced us to the habitable world of Pandora, a moon several galaxies away from the Earth. The film is set in the middle of the 22nd century, whose humans are, of course, greedier than ever. Ex-Marine Sully, part of an ‘avatar’ programme, leads an expedition into this alien world, where a furious search of a precious mineral unironically called Unobtanium is underway.

James Cameron’s Avatar 2, Avatar: The Way of Water, finally hit the theatres on Friday, 16th December, but as soon as that happened, the film’s pirated version also started being available online. The first part of this film created history when it was released in 2009, and after over a decade, it has again created the same amount of hype rather more surrounding its release.

Avatar 1 changed the cinema-going experience for all and became the highest-grossing film of all time by collecting $2.9 billion worldwide. The film also won three Oscars for cinematography, visual effects, and art direction. It created history and set a standard for the movies released after that, but this time things have gone a little out of control!

James Cameron returns to the wondrous world of Pandora after 13 long years and the gargantuan box that he unpacks throws up an array of delights rigged to hold spectacle-loving audiences in thrall for every nanosecond of the immersive, explosive and beautiful-to-behold 192-minute ride.

The movie’s length might at first seem a tad daunting, but once you have plunged into the fascinatingly detailed extrasolar world where the action unfolds there is zero risk of boredom or monotony setting in.

Such is the sepulchral power of the storytelling that Avatar: The Way of Water, written by Cameron, Rick Jaffa and Amanda Silver, does not for a moment feel like it is peddling more of what the super-successful Avatar had done in 2009. It not only goes beyond; it also soars higher and dives deeper.

Avatar : the trailer of Avatar 2

The ‘way of water‘ has no beginning and no end… water connects everything… death to life, darkness to light, says one of the reef people among whom Jake Sully (Sam Worthington) takes refuge with the intention of protecting his family from harm when an old, ruthless foe returns to torment the Na’vi all over again in a new body with an old mind that retains the memories of a defeat.

The film certainly isn’t like water – free-flowing and whimsical. It does have a riveting beginning and a rousing end with a sturdy middle holding the two perfectly structured ends together. But it indeed has the rhythms of water. Moreover, the fantastical yarn that it spins serves as a connector of a whole gamut and ideas and themes.