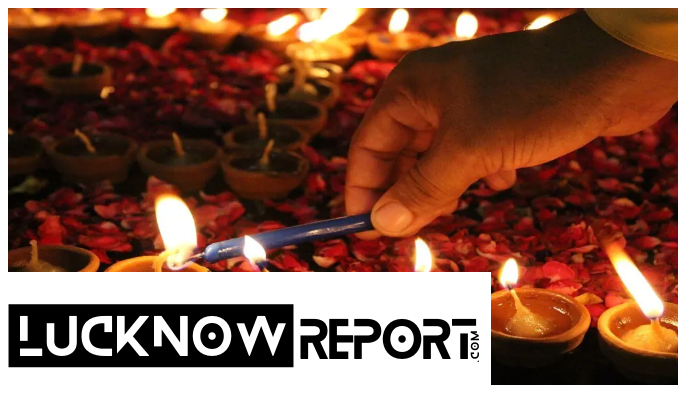 Diwali, or Dipawali, is India’s biggest and most important holiday of the year. The festival gets its name from the row (avali) of clay lamps (deepa) that Indians light outside their homes to symbolize the inner light that protects from spiritual darkness. This festival is as important to Hindus as the Christmas holiday is to Christians.

Over the centuries, Diwali has become a national festival that’s also enjoyed by non-Hindu communities. For instance, in Jainism, Diwali marks the nirvana, or spiritual awakening, of Lord Mahavira on October 15, 527 B.C.; in Sikhism, it honors the day that Guru Hargobind Ji, the Sixth Sikh Guru, was freed from imprisonment. Buddhists in India celebrate Diwali as well.

Diwali, the festival of lights, marks the time when millions of Hindus, Sikhs and Jains across the world celebrate the triumph of good over evil with beautiful rituals such as festive lights, fireworks, sweet delicacies and family gatherings. We delve into the Diwali story, history and traditions, to find out how Diwali is celebrated and how you can take part in the magical festivities.

In one of the main stories in Hindu mythology, Diwali is the day Lord Rama, his wife Sita Devi and brother Lakshmana return to their homeland after 14 years in exile. The villagers lit a path for Rama, who had defeated the demon king Ravana. Reenactments of this story are part of celebrations in some regions.

Another Diwali story in Hindu mythology is that Diwali marks the day Lord Krishna defeated the demon Narakasura and freed the people of his kingdom. After he slayed the demon, Lord Krishna declared it a day of festivities. In some parts of India, people burn effigies of the demon kings in both stories as part of the celebration.

People also celebrate the Hindu Goddess Lakshmi during Diwali. As the goddess of prosperity, wealth and fertility, the romantic Diwali story says that she chose Lord Vishnu, one of Hinduism’s most important deities, to be her husband on the night of Diwali.

In other cultures, Diwali coincides with harvest and new year celebrations. No matter which Diwali story you celebrate, it’s always a day of new beginnings and light over darkness.

How is Diwali celebrated?

The word Diwali comes from the Sanskrit word “deepavali”, which means “rows of lighted lamps”. Households across India celebrate by decorating their space with small lamps called diyas and other colourful lights.

People cover streets and buildings in festive lighting and there are lively songs and dance. Dazzling fireworks go off, creating a spectacle of noise and light. This helps to scare away evil spirits and celebrate the victory of good over evil.

Many consider Diwali to be a fresh start, similar to the Lunar New Year in January. Many people clean, renovate, decorate their homes and buy new clothes in preparation for the upcoming year.

Diwali is also a time to settle debts and make peace. It’s common for people to reach out to loved ones who may have lost touch and organise family reunions. In the past, Indian and Pakistani soldiers have exchanged sweets along the disputed border, as a gesture of Diwali goodwill.

How long does the Diwali festival go on for?

Temples are always busy with religious rituals during Diwali, so remember to be respectful and cover yourself inside temples. Avoid taking photos of worshippers.

How to say Happy Diwali

The easiest way to spread some Diwali cheer is by saying “Deepavalee mubarak ho”, meaning “Happy Diwali”. You pronounce it “dee-wall-ee moo-bar-ak ho”.