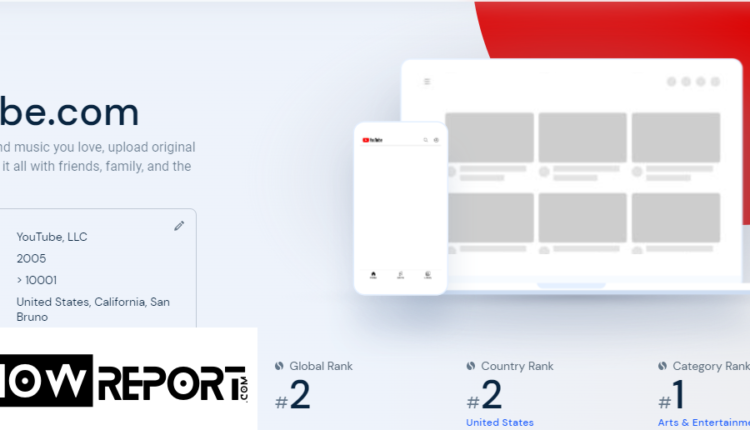 However, statistics show the exact opposite. YouTube is one of the most fruitful video platforms that has helped various marketers build their brand since the break of dawn, when Reels and TikTok were not around yet.

When using YouTube to market your products and services, it is always a good idea to check your progress by looking at Youtube analytics. This way, you will get a bunch of metrics to oversee your efforts’ results.

Launched in 2005, YouTube is the biggest video-sharing platform and the second biggest social media platform in the world, with over 2.6 billion users.

Being 17 years old, YouTube has undergone many changes, but one thing hasn’t changed, its growing popularity! It is estimated that the number of YouTube users worldwide will reach 2.85 billion by 2025.

Alphabet-owned YouTube is also one of the oldest social media platforms to still operate with such high popularity. The past of YouTube is rich, and the future looks prosperous.

If you are a creator or a marketer who wishes to know more about YouTube, then you are at the right place. I have compiled a list of up-to-date and detailed statistics related to YouTube, which will help you gain insights and make informed decisions for your future ventures.

Here are some of the key YouTube statistics in brief that every marketer should know.

As of the third quarter of 2022, YouTube has over 2.6 billion monthly active users.

Below is the table showing the growth in YouTube’s Monthly Active Users from 2010 to 2022:

Being Ad-free is not the only perk of YouTube premium; it also lets you play videos in the background when you close the app.

YouTube Music is another great addition to the package; I personally love YouTube music’s audio output more than Spotify’s (talking about both on highest Settings). Also the autoplay suggestions are better than Spotify.

Here is the overview of YouTube Premium users as of 2022

YouTube experienced over 30% growth in revenue in the past 4 years.

Career in Digital Marketing in India: Opportunities and scope in 2023