Bigg Boss 13 Trending on Twitter : Who was the winner of Big Boss 13 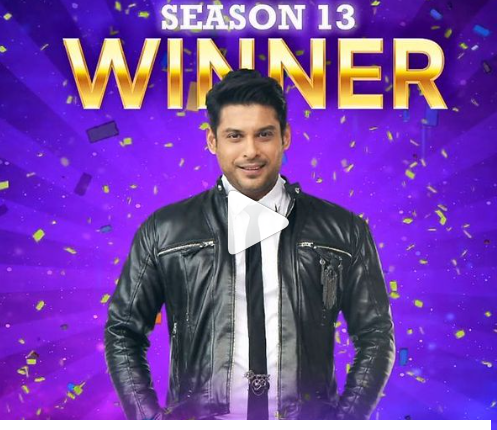 Bigg Boss 13 was the most successful season ever. The reality-show finale got massive ratings and broke all previous records.

Sidharth Shukla was the winner of Bigboss 13.

Sidharth Shukla was an Indian actor, host and model who appeared in Hindi television and films. He was known for his roles in Balika Vadhu, Broken But Beautiful 3 and Dil Se Dil Tak. He emerged as the winner of reality shows Bigg Boss 13 and Fear Factor: Khatron Ke Khiladi 7.

WHAT MADE BIGG BOSS 13 A HUGE HIT?

Sidharth Shukla: The Bigg Boss 13 winner was certainly one of the major attractions of the show. If one took Shukla out of Bigg Boss 13, the show wouldn’t have been the same. From his friendships, banters, to his fights, fans loved it all. He was a one-man army in the BB house and proudly said that he didn’t need anyone to win the show.

SidNaaz:Sidharth Shukla and Shehnaaz Gill’s chemistry on Bigg Boss 13 was the talk of the season. Shehnaaz was quite possessive of Sidharth and she had no qualms in saying it aloud. She often expressed her love for the actor on the show. Their cute banter and fights were loved by all. While Sidharth and Shehnaaz have their respective fan following, SidNaaz has a dedicated set of fans.