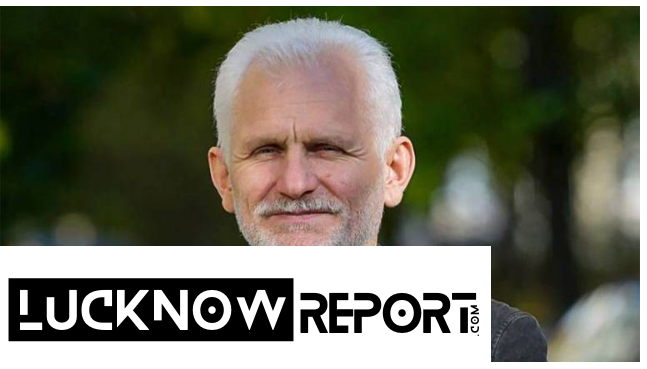 ​”[The Peace Prize laureates] demonstrate the significance of civil society for peace and democracy,” said Berit Reiss-Andersen, Chair of the Norwegian Nobel Committee.

Ales Bialiatski is a Belarusian civil leader, who has led an almost 30-year nonviolent and nonpartisan campaign for democracy and freedom. Bialiatski founded the human rights organization “Viasna” (Spring) in 1996 in response to the controversial constitutional amendments that gave the president dictatorial powers and that triggered widespread demonstrations. The organization initially provided support for political prisoners, and has since become Belarus’ leading non-governmental organisation contributing to the development of the civil society in the country through documenting human rights abuses and monitoring elections. Bialiatski has been imprisoned since July 2021 for alleged tax evasion, charges which human rights defenders consider to be politically motivated.

The human rights organization Memorial was founded in the late 1980s with the mission of preserving the truth and history of mass political repressions in the Soviet Union under Stalin. Today, it is an umbrella organization based in Russia that highlights human rights abuses, promotes democratic rule of law, and asserts the right to political freedom. Memorial was mentioned on Director Henrik Urdal’s Shortlist in 2020 and on former Director Kristian Berg Harpviken shortlist in 2016.

The Center for Civil Liberties (CCL) is a Ukrainian human rights organization established in Kyiv in 2007 with a mission to promote human rights values, democracy, and solidarity in Ukraine and the OSCE region. CCL is a leading actor in Ukraine in influencing public opinion and public policy, supporting the strengthening of civic activism, and promoting human rights. Following Russia’s invasion of Ukraine in February 2022, CCL has been working to identify and document Russian war crimes against the Ukrainian civilian population.

Bialiatski, Memorial, and CCL have all previously received the Right Livelihood Award (in 2020, 2004, and 2022, respectively), also know as the “Alternate Nobel Prize”.

The Nobel Committee’s choice of the winners made a statement — and it came, as Kenneth Roth, the former head of Human Rights Watch, noted, on the 70th birthday of President Vladimir Putin.

The Norwegian Nobel Committee said “[t]hrough their consistent efforts in favour of humanist values, anti-militarism and principles of law, this year’s laureates have revitalised and honoured Alfred Nobel’s vision of peace and fraternity between nations — a vision most needed in the world today”.

After Russia’s invasion of Ukraine in February 2022, the centre has engaged in efforts to identify and document Russian war crimes against the Ukrainian population. The centre is playing a pioneering role in holding guilty parties accountable for their crimes.

The 2022 Nobel Peace Prize laureate and human rights organisation Memorial was established in 1987 by human rights activists in the former Soviet Union who wanted to ensure that the victims of the communist regime’s oppression would never be forgotten.

A week of Nobel Prize announcements kicked off Monday with Swedish scientist Svante Paabo receiving the award in medicine for unlocking secrets of Neanderthal DNA that provided key insights into our immune system.

Three scientists jointly won the prize in physics Tuesday. Frenchman Alain Aspect, American John F. Clauser and Austrian Anton Zeilinger had shown that tiny particles can retain a connection with each other even when separated, a phenomenon known as quantum entanglement, that can be used for specialized computing and to encrypt information.

Airtel 5G Plus launched in 8 cities; no SIM change needed