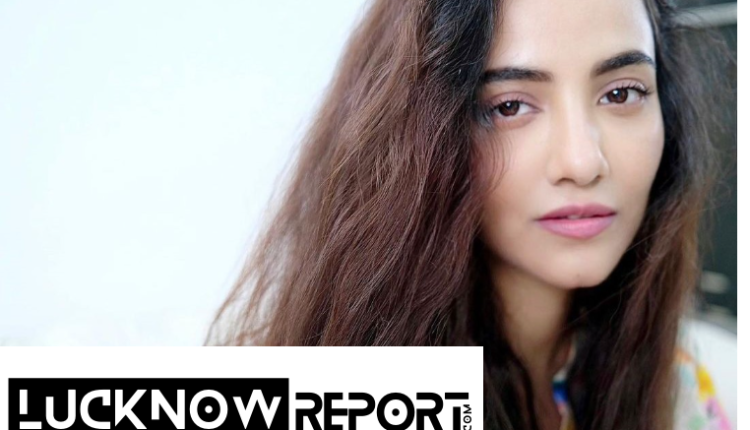 Tia (born Twinkle Bajpai) was born and brought up in the city of Luknow. Having a penchant for singing she participated in ‘Sa Re Ga Ma’ which proved to be a great platform for her. Her charming looks, also brought acting opportunities, and Tia worked in couple of Hindi serials. She also participated in another reality show ‘Koun Jitega Bollywood Ka Ticket’, and emerged as winner. She has also acted in Bollywood films like Haunted – 3D, 1920: Evil Returns and Baankey Ki Crazy Baraat.

ia Bajpai is an Indian beautiful television and film actress and singer. Her real name is Twinkle Bajpai. She has acted predominantly in Bollywood. Tia made her movie debut in the year 2011 with the movie named Haunted – 3D directed by Vikram Bhatt, and then she acted in 1920: Evil Returns and Baankey Ki Crazy Baraat starring Rajpal Yadav, Vijay Raaz, Sanjay Mishra, and Satyajeet Dubey. She also joined in Sa Re Ga Ma Pa Challenge, in the year 2005. She is also known for her beautiful looks and images, she has 1.1m followers on her Instagram account, where she uploads her beautiful and bold images.

Tia Bajpai (Twinkle Bajpai) was born and raised in Lucknow, Uttar Pradesh, India, where she completed her schooling and joined a college, and finished her education. After she completes her studies she decided to become a good singer and actress, and then she worked hard on his voice and acting and made her voice even better and in the year 2005, she joined Sa Re Ga Ma Pa Challenge, and then she got a chance to act and sing in her first movie named Haunted – 3D, in the film she sings her career first song named ‘Sau Baras’.

Tia Bajpai has a Stunning figure and she is 168 cm tall which is 5 feet 6 inches. She has a keen interest to maintain her body fitness her weight is 50 kg. Tia Bajpai is very health conscious she always takes care of her looks and appearance. She visits the gym regularly and her figure measurement is 30-26-30 and she has attractive Black hair and Black eyes.

Tia Bajpai was born on 23rd May 1989 (Tuesday) in Lucknow, Uttar Pradesh, India, in a middle-class Hindu family. Tia has a younger brother named Naveen Bajpai. Talking about Tia’s love life, her affair with Santosh Shukla, he is an Indian actor, but she problem in their relationship and they both go break up. After break up with Santosh Shukla, her affair with Vikas Jain, he is an Indian businessman, but some issues in their relationship and they both got to break up. Currently, the actress is single and not dating anyone. There is not much information available about Tia’s family.

hailing from Lucknow in Uttar Pradesh, India, Tia began her career by performing in some television serials and shows. Tia made her movie and singing debut with the horror-thriller movie named Haunted 3D directed by Vikram Bhatt in the year 2011, co-starring Mahaakshay Chakraborty, where she portrayed the role of Meera Sabharwal who is tortured by her piano teacher (performed by Arif Zakaria). Taran Adarsh of Bollywood Hungama rated 3.5/5 movie. In the year 2012, Tia acted in Vikram Bhatt’s next horror thriller movie 1920: The Evil Returns, a sequel to the 2008 movie 1920, opposite Aftab Shivdasani, Tia portrayed the part of Smriti, a female who is possessed by an evil spirit.

The movie earned average reviews from critics but turned out to be commercially successful. In the year 2020, the actress released her 1st international single album “Upgrade”. The music videos for the album were published on YouTube. The song named “Bon Appetit” from the album was released on 23rd May and features India’s first 3D animation video and has got more than a million views on YouTube. The actress was recognized as Tia B on her album.

Some Lesser Known Facts About Her

Q-What is is the height of Tia Bajpai?

Q-What is the weight of Tia?

Q-What is the figure measurements of Tia?

Q-What is the age of Tia?

Q-What is the date of birth of Tia?

A-Currently, she is unmarried, and not dating anyone.

Q-Who is the heroine of haunted?