Top things to do & see in lucknow: The City of Nawabs 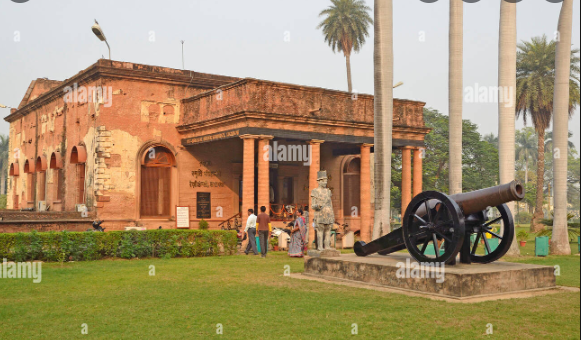 Lucknow is the capital of Uttar Pradesh and the architectural hub of Northern India. The skyline is crowded with buildings that showcase a fascinating range of ancient styles, most of which date back to Mughal or British rule. The city itself is famous for many aspects of its rich culture, from music, poetry, and embroidery to technology, finance and pharmaceuticals. From those rich roots, we’ve dug up the top 10 things to do in Lucknow.

Lucknow is known all over the world for the tehjeeb or the courteous behaviour of its people. It is a rare city. Few places in the world are endowed with such rich cultural traditions, as is this romantic city of the nawabs. Whether it is history, architecture, music, dance, handicrafts, etiquette, or sports, Lucknow has its own story to tell.

The ‘City of Nawabs’, Lucknow is a sheer delight during all round the year but the best time to visit Lucknow is between the months of October and March. This is peak season as the weather condition is very pleasant with slightly sunny days and cold nights. This time is ideal for sightseeing and relishing sumptuous delicacies of Lucknow cuisine. Rain during the monsoon months of July and September might play spoil sport. From March to June, it is the summer season and the heat is extreme with temperature raising to as high as 45 degree Celsius. Avoid a trip to Lucknow during this time.

Bara Imambara is a striking monument that distinguishes itself from all the famous places in Lucknow. The historical landmark is a big complex consisting of the Asfi Mosque, the Bhul-bhulaiya and a Bowli. The Bowli (or maze) is the most popular part of the complex. The architecture resembles the ornamented Mughal design which does not include the use of iron or European architecture.

The Hussainabad or Chota Imambada is an exquisite building built by Nawab Muhammad Ali Shah in 1839 as a burial place for himself. As you enter the compound, you step into a large courtyard with a rectangular raised tank spanned by a small bridge. The beautiful Imambada, reflected in the placid water of the tank is one of the prettier sights in Lucknow.

On either side of the courtyards stand a miniature version of the Taj Mahal. In one of them lies buried Zinat Asuja, the daughter of Muhammad Ali Shah and in the other are preserved the remains of her husband. The walls of the Imambada are embellished with calligraphic verses in Arabic. The interior of the Imambada houses an exotic assortment of objects ranging from elaborate chandeliers and gilded mirrors to tazias made of sandalwood, wax, and paper. A silver railing encloses the graves of Muhammad Ali Shah and his mother. During Muharram, both the Imambadas are ablaze with illumination.

Apart from the Bada Imambada, Asaf-ud-Daula also built the great Roomi Darwaza as a relief work during the famine of 1783. Said to be a facsimile of one of the gates of Constantinople, this soaring edifice, which is 60 feet high, can match any similar structure in point of beauty and splendor.

Then there is the Jama Masjid, a great mosque with two minarets and three domes, which stands to the west of the Hussainabad Imambada. It also owes its origin to Muhammad Ali Shah who started the construction but did not live to see it completed. That task was left to Begum Malika Jahan of the royal family.

The Residency was built in 1800 by Nawab Saadat Ali Khan for the British Resident at his court. Originally a very extensive and beautiful building, it received heavy shelling during 1857, when the First War Of Indian Independence took place. The inhabitants of the Residency faced a siege of 140 days before they were rescued by British troops. The red building is today in a dilapidated state and marks of cannon shots can be seen on almost every wall. Surrounded by shady green trees, the ruins of the Residency stand, still and quiet, in the afternoon sunshine. A brooding silence engulfs the ruins and one almost expects the ghosts of the dead to suddenly materialize and flit across the rooms.

A little distance away from the Residency is the glorious Chattar Manzil that served for a while as the palace of Begum Hazrat Mahal, the heroine of India’s first fight for independence against the British. For English travelers in the 19th century, it seemed like something out of Arabian Nights! Today this splendid building houses a prosaic Drug Research Institute.

Among the other fabulous monuments of Lucknow are the Kaiser Bagh palaces, built by Wajid Ali Shah, the last Nawab of Avadh, who was robbed of his kingdom by the British and confined in Calcutta where he spent the last years of his life, pining for his beloved Lucknow. The buildings are said to have cost around 80 lakhs when they were built in 1850. Today a great deal of Kaiser Bagh has disappeared (the destruction took place in the 1857 uprising), but the name still applies to the historic quadrangle where Wajid Ali Shah, wearing the dress of a dramatic performer, used to participate in fairs. There are several small pavilions for the performance of plays. The surrounding yellow buildings called Lakhi were, at one time, the harem.

Welcome to an urban park in the city meant to rejuvenate the city people. As a tourist, the park would act as a pleasant gift to you. Situated at the city’s heart, the park is conceptualized as an eco-friendly zone. With a vast area, it is one of the largest parks in Asia and one of the best places to see in Lucknow. The recreational greenery near the Gomti river will make you fall in love with the place.

Your Lucknow sightseeing is incomplete without visiting the popular Jama Masjid. How else will you learn more about the culture that’s been immensely dominated in the city over the years? Take this 15th-century architectural wonder with sparkling white sandstone calligraphy on its walls, charming minarets and picture-perfect domes. With over 260 pillars and 15 arched domes, the intricate stonework and carvings make it one of the finest mosques in India.

The heritage trail of the Nawabi city never ends! Welcome to Chattar Manzil, another remarkable monument in Lucknow otherwise known as “Umbrella Palace.” It used to be the palace for the Awadh rulers and their wives. The monument is an amalgamation of the Indo-European-Nawabi architectural style. The umbrella-shaped domes and large underground rooms are really intriguing making it one of the finest architectural places to visit in Lucknow.