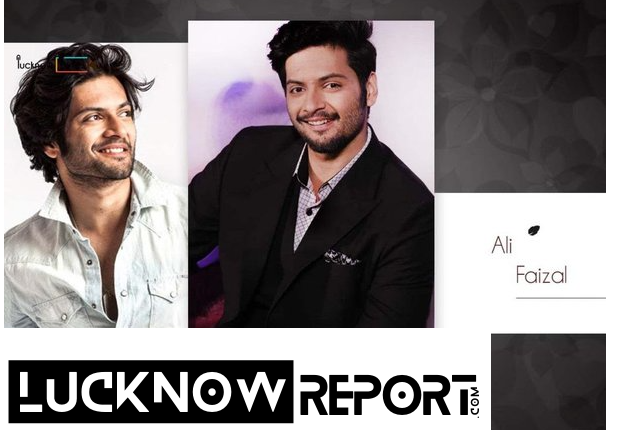 The ‘Fukrey’ guy Ali Fazal, who debuted in the Bollywood industry with a special appearance in 3 Idiots, is one of the most promising starts today. Born in Lucknow, the actor has already marked a niche for himself in the film industry. Ali is not just confined to Bollywood films; the actor was also a part of Hollywood action film Fast and Furious 7. Besides, he has nailed it with his superb performance in mini web series ‘Bang Baja Barat’.

Ali Fazal is an Indian actor and model who is famous for his acting in Hindi films. He is known for his role as Guddu Pandit in the Amazon Prime web series Mirzapur. Ali was born on 15 October 1986 in Lucknow, Uttar Pradesh. He received his early education from International Indian School, Dammam, Saudi Arabia. After that, he came back to India and studied at La Martiniere College in Lucknow. He has also studied at The Doon School in Dehradun. At The Doon School, she ventured into acting and participated in several Founder’s Day theater productions.

After Doon, Fazal moved to Mumbai and graduated in Economics from St. Xavier’s College there. When he was in his first year of college, he got a small role in the romantic comedy film The Other End of the Line. In his second year of college, he got a chance to play Monty Singh in the American television miniseries Bollywood Hero (2009). Then he made a cameo in the Bollywood movie 3 Idiots in 2009. He was working as a theater artist at Prithvi Theater in Juhu when 3 Idiots director Rajkumar Hirani cast him for the film.

In 2011, he was noticed by Shahrukh Khan’s production company Red Chillies and he got an opportunity to debut in Bollywood with the role of Sam Khanna in the Bollywood film Always Kabhi Kabhi. After that, he worked in Bollywood movies like Fukrey, Sonali Cable, Khamoshiyan, Happy Bhag Jayegi, and Prassthanam. He has also appeared in Hollywood movies like Furious 7, For Here Or To Go?, Victoria & Abdul, and Death on the Nile. He is currently shooting for another Hollywood movie Kandahar which will be released in theaters soon.

Apart from this, his upcoming Bollywood films are Baanwre, Fukrey 3, Happy Ab Bhag Jayegi!, and Khufiya. Although Fazal started his career in web series with the American television mini-series Bollywood Hero released in 2009. In 2015, he played the character of Pawan in the web series Bang Baaja Baaraat. But he got real recognition when he played the role of Guddu Pandit in Amazon Prime web series Mirzapur Season 1 and 2.

His character in the series was so strong that the name of that character got on the tongue of the audience. He made a different identity in the industry with his strong acting in the series. Right now he is busy shooting for Mirzapur Season 3 and will soon be seen in the sequel of the series.

The total net worth of Ali Fazal is more than ₹ 25 crores. Apart from this, he charges up to ₹ 60 lakh for a film. He also has a luxurious house in Mumbai. He owns many luxury vehicles like BMW 3 Series GT, Mercedes Benz GLE 250 D, and Audi A4.

Some Interesting Facts About Ali Fazal: