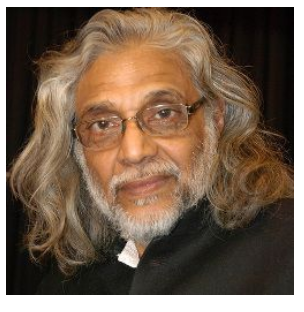 Known for the classic film, Umrao Jaan, Indian filmmaker Muzaffar Ali was born in Lucknow. The versatile persona is also a fashion designer, a poet, an artist, a music-lover, a revivalist, and a social worker. He belongs to the Muslim Rajput royal house of Kotwara in India, and has also been awarded Padm Shree for his notable contribution in the field of art and culture.

Muzaffar Ali was born on 21-10-1944 in Lucknow in the state of Uttar Pradesh, India. He is an Indian Film Director, Documentary Filmmaker, Fashion Designer, Poet, Artist & Social Worker.

He is not to be confused with the famous 16th century Persian artist of the Persian miniature. Muzaffar Ali attended the La Martiniere college. His father was the Raja of Kotwara and his mother was from the noble family of Sheikhupur, Badaun. Muzaffar Ali had a successful career as a film maker. His Vinod Khanna-Dimple Kapadia starrer Zooni is still unreleased.

He is married to Meera Ali since 1990. He has a son named Shaad Ali (Film Director). Previously, he was married to a politician Subhashini Ali.