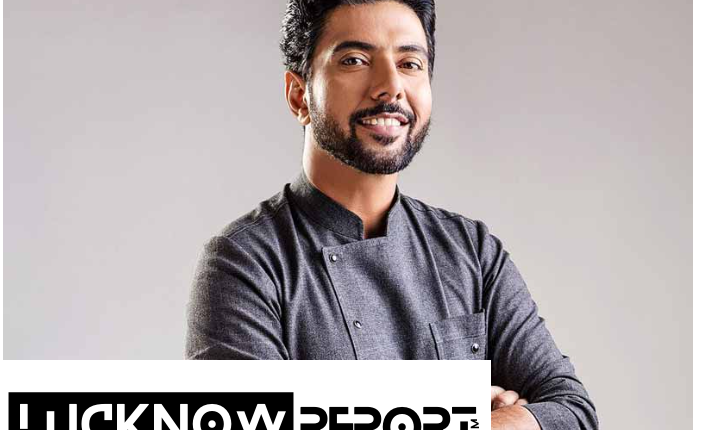 Ranveer Brar was born on 8 February 1978 in Lucknow, India into a Jatt Sikh family. His father’s name is Ishwar Singh and his mother’s name is Surinder Kaur.

He has expressed a lot of love toward foods from his early times. Ranveer was majorly inspired by the local Kebab vendors in his hometown, Lucknow.

After completing his primary education, he enrolled in the Institute of Hotel Management (IHM), Lucknow. He gained a lot of formal knowledge there about the culinary world.

Ranveer Brar is a chef from Mumbai who has been cooking since he was a little boy. His love of cooking led him to create his own food show, Breakfast Express, which aired on TV for ten years. Brar’s new show on NDTV Good Times is called The Great Indian Rasoi where he cooks authentic regional Indian dishes.

Chef Ranveer Brar is one of India’s most recognisable faces in the food world. He has been in the cooking profession for over 20 years and has cemented his place as one of India’s best chefs.

Ranveer Brar is a budding entrepreneur who first ventured into the food industry at the tender age of 17. After being inspired by his father, he joined kebab ustad Munir Ahmed to work for 6-7 months. He then decided to get some official help and completed his education in hospitality management at IHM Lucknow.

Chef Ranveer is a graduate of the prestigious Taj Management Training Programme and has quickly risen to the top. At only 25 years old, Chef Ranveer became the youngest executive chef in India. In his short career, he has already opened a total of seven restaurants for the Taj chain and has been awarded prestigious awards for his work.

Chef Ranveer Brar has always wanted to establish himself as an international chef and that’s exactly what he has done. With a stint at Taj, Radisson and Claridges in India, Chef Suri has now moved on to be the Executive Chef at BanQ, Boston.

He received many international acclaim for its food since it opened. It’s been won plenty of awards including the Best New Restaurant in the World by the magazine Wallpaper.

Receiving such international acclaim led to him being invited to cook at the James Beard House, NY of which he is currently an honorary member.

The James Beard House is a restaurant in New York City that is a mecca for foodies and chefs alike. Every year, the James Beard Foundation awards chefs who have made a significant impact on the world of cuisine.

Ranveer Brar stated, “I evolve every day and with it, my food evolves as well. My food is an expression of me. Adding to it, the cuisine that I serve is a sum total of what I feel, what I see, and what I learn which I try to put across in a very humble and subtle way,”

Ranveer Brar is a very successful entrepreneur and restaurateur in India. He has opened more than a dozen restaurants in the country, including some very famous ones such as The Flying Elephant, The Rummana Lounge, Jaipur House and many more. His dream restaurant would have to be a 50 to 60-seater with an open kitchen and unique name.

He was inspired by the local Kebab vendors in Lucknow at a young. It led him to pursue his love for food. His passion led him to volunteer as an apprentice to one of them Munir Ustad.

Brar completed his education at IHM. After completion of education, he began his career at the Taj Hotel. He opened “Morisco” a seafood restaurant, “il Camino” an Italian restaurant and “Fishtail” a small open air barbeque eatery at Fort Aguada Beach Resort in Goa in 2001.

Ranveer Brar was a part of newly opened Radisson Blu Hotel, Noida in Delhi during 2003. At the age of 25, he became the youngest executive chef of his time in country.

He left for Boston, Massachusetts, United States. There, he opened “Banq” a fine Franco-Asian restaurant. Banq won numerous awards such as the Best New Restaurant in the World by the magazine “Wallpaper”

After that, he was appointed as Corporate Chef for the One World Hospitality Group, one of the oldest restaurant groups in Boston. He joined Novotel, Juhu Beach, Mumbai, as the senior Executive Chef.

Ranveer Brar is an engaged man who married his girlfriend and now wife Pallavi Brar. The couple fell in love many times before their marriage.

Even if they are dating for a long time and then decided to marry each other.  Ranveer and Pallavi were blessed with a cute son named Ishaan.

In an interview, Ranveer said that he wants his son to cook biryani before he turns 6 years. Further, the family loves to play with food, eat food, enjoy food, and everything with food.

Ranveer Brar’s Net Worth and Income

Ranveer Brar estimated net worth is $3 Million. He has numerous sources of his wealth such as cooking, advertisement, teaching cooking, etc.

However, he mainly earns from advertisements for food companies. Despite this, he has restaurants and hotels that could be also a source of his wealth.

Although, he didn’t value money in life because he believes in being rich by heart. As of the Forbes report, his 2019 income was 4.99 crores.

Ranveer Brar has achieved a lot of success in his biography. Below are the 10 major achievements he achieved in his life.

These ten achievements are enough to describe him. However, he has successfully achieved many more awards. These great accomplishments make Ranveer Brar’s biography more inspirational.